First things first: I’ve sworn off strawberries except as a very occasional indulgence–until, of course, they come into season here and I do whatever it takes to (non-violently) fill my freezer. Certainly if we have trouble waiting for their season to come, there are plenty of other “exotic” California fruits that don’t involve a package that will sit in the landfill forever.

Now, sour cream. When we started reducing the amount of plastic we bring into our home, the steep drop-off in trash was more of a bonus than the outright goal. Our intention was really to learn to live in a new way: to make what we needed ourselves, from scratch, and to learn to go without the things we couldn’t make ourselves or obtain in a plastic free way. Sour cream perfectly embodies both of these things.

While I’ve had sour cream starter in my freezer since New Years, I didn’t start making it until, oh, a few weeks ago. I don’t know why, but we went without it for months. This was not easy for us. We talked about it over our bowls of beans and chile, tried to remember the taste of it, the texture, the tang. Perhaps on some level I didn’t think it would work, that it was going to prove beyond my ability to make it. And I hate failure. But what else could you call a life without sour cream?

Finally I bought the cream, a whole quart of it–which amounts to a small fortune in glass bottled milk. When time came to add the culture I saw I was supposed to use light cream or half and half. Even skim milk. Skim milk! So I made pies and quiches and used up the heavy cream, bought half and half, and finally, finally, around The Man of the Place’s birthday, made the dang sour cream.

And my life is forever changed. I am a new woman. Maybe even a real woman. To think, if a few more weeks had gone by, I might never have discovered the simplest, most delicious home-cultured milk product known to housewife’s across Russia and the Ukraine.

So: Obtain milk product as described above. I started with culture from this company, but have since been using the cream itself to make subsequent batches. It’s alive, like yogurt. I wonder if any commercially available sour creams have a live, active culture. If so, try using a tablespoon or two of those per pint of milky cream. The best part is it’s totally fuss free (unlike yogurt, which has a slightly more tedious but still very simple requirement of heating, cooling, incubating). Warm the milk/cream/whatever to 80 degrees. In case you don’t have a cheese thermometer, this is to where it’s not cold anymore, but well before it gets even luke warm. Mix in your starter. Leave undisturbed at room temperature for 12 hours.

Then eat with a spoon, straight out of the jar. 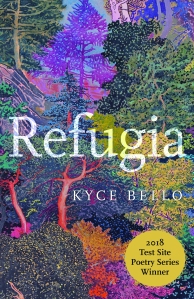